Deadline extended! Applications for the 8-week residency running from August 15 - October 9, 2022 are being accepted until May 15, 2022!  Learn more here.

The residency invites artists to Wisconsin’s Door Peninsula to reside for a 8-week period at the Dome House, a familiar structure for many locals. It is a twin-lobed (one side for a residence, the other for a studio) domed concrete structure built into sand dunes abutting Whitefish Dunes State Park situated on the shores of Lake Michigan. It sits on a large, heavily wooded plot of dunes and forest north of Sturgeon Bay in the small lakeside community of Whitefish Bay that provided solitude and inspiration for Albert Quinlan, advertising executive and accomplished artist, who designed and built the home during the energy crisis of the mid-1970s. The concept for this “earth” home was that, built into the earth, it would require minimal heating and cooling. The building was acquired by the Quinlan family after many years of neglect and changes in ownership and rehabbed, returning it to a comfortable sanctuary in 2018.

The experience will offer artists a unique respite from day-to-day life and the sights and sounds of nature will serve to recreate the space as a haven for the development of creative work, given the proximity to the parks and surrounding natural areas. The program has been developed in partnership with the Quinlan family and will allow artists to focus in the areas of creative development, fellowship, sense of place and learning and community. A core component for chosen artists will be the opportunity to develop educational content for the community, including but not limited to, workshops, artist talks, demonstrations/open studio hours, and the production of materials for exhibitions and the Museum’s permanent collection. The resident artist will be expected to actively engage the public through educational outreach for a minimum of 5 hours per week, on or off-site.

“We are thrilled to share in the vision of Mary Grace Quinlan, Al’s daughter, her husband Kurt Wagner, and the entire Quinlan family to build on the strong foundation of creative visionaries like Albert (Al) Quinlan and museum founder Gerhard Miller,” says Elizabeth Meissner-Gigstead, Miller Art Museum executive director. “Their lives and incredible stories provide the foundation and inspiration. This is an incredibly exciting time for the visual arts in Door County as we seek to awaken these creative spirits and breathe new life upon their extraordinary abilities to inspire a community through art. For the Miller Art Museum specifically, we are focused on shaping and influencing the artistic development and growth of artists in the area and attracting new talent and visitors to the museum and the region.”

Applicants must have transporation and be able to fulfill the educational program requirement to provide the public with an opportunity to explore and engage with working artists.

Artists who would like to participate in the Al & Mickey Quinlan Artist Residency Program are encouraged to review the residency information and FAQ prior to submitting an application. 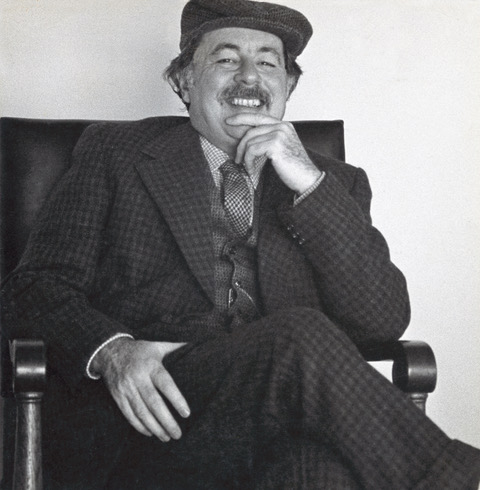 Albert F. Quinlan (April 22, 1919 - September 13, 1992) was born in Kansas City, MO, grew up in St. Louis and studied art at Washington University under the late Fred Conway. From 1943 to 1969, Mr. Quinlan was employed by Gardner Advertising in St. Louis. He was appointed art director in 1945; during this work there, he created advertising for Cessna Aircraft, Ralston Purina, Procter & Gamble, John Deere, Eli-Lilly and helped create the once-famous Jack Daniels ads. In 1966 he was elected vice president of Gardner and served as creative supervisor. During his years in advertising, Mr. Quinlan received numerous awards including honors from: Art Directors Club of Chicago, Art Directors Club of St. Louis, Package Designers Council, and the New York Art Directors Club.

Having been a long-time summer resident, Mr. Quinlan retired to Door County in 1970 and began his second career and creative pursuits as a printmaker. His large photo-serigraphs depict mostly images of Door County. The technique, which he developed, involved the use of a 35mm negative greatly enlarged. In this large size the grain of the film becomes part of the image and imparts a softness and tone. He used a series of screens made from negatives exposed for different parts of a scene and then reconstructed to create a unique transformation of the original image. Many of his prints combine portions of more than one landscape to create an imaginary landscape.

On May 13, 1986, Mr. Quinlan, along with John Kahlert, were recognized for their leadership in organizing the fundraising drive that brought the new Door County Library to fruition in Sturgeon Bay in 1975. At that time, the two men focused on the many community benefits the new building would bring to the community; given their skills in public relations in the positions they held prior to moving to Door County, both men possessed the sense of optimism vital to the success of such a project. Miller Art Museum founder Gerhard Miller, with his vision to bring artwork from around the world to our Door County community, became a reality due in part to his friendship with Albert Quinlan and the diverse advertising skills he brought to his role, for which he was instrumental in making the community dream—Miller’s vision—of a new library housing an art gallery come true.