(Sturgeon Bay, WI)—February 21, 2019—The Miller Art Museum is excited to announce the opening of a new exhibition Mitli Mitlak (Like You, Like Me) on Saturday, March 2, 2019. The exhibition features the work of visual artists from the Middle East, North Africa, and the Arabic diaspora. The contemporary works include painting, photography, and drawing, all working in a narrative frame to tell stories of refuge, displacement, war, and contemporary visual culture. The visual arts exhibition will be accompanied by a theater production at Third Avenue Playhouse, drawing inspiration from the artwork.

Habiba Sheikh, a curator and performance artist originally from Lebabon, organized the exhibition. “I hope that through this exhibition, people realize that we all have so much in common,” said Sheikh. The show’s title, Mitli Mitlak (Like You, Like Me), alludes to the idea that “people are more alike than different, that we are all human,” she continued. According to a report done by the UN in June 2018, there are at least 12.2 million children under 18, half of the refugees around the world, who are “cast adrift by political currents and war.” Many of the artists whose work is featured in this exhibition are residents of occupied areas or refugee camps. 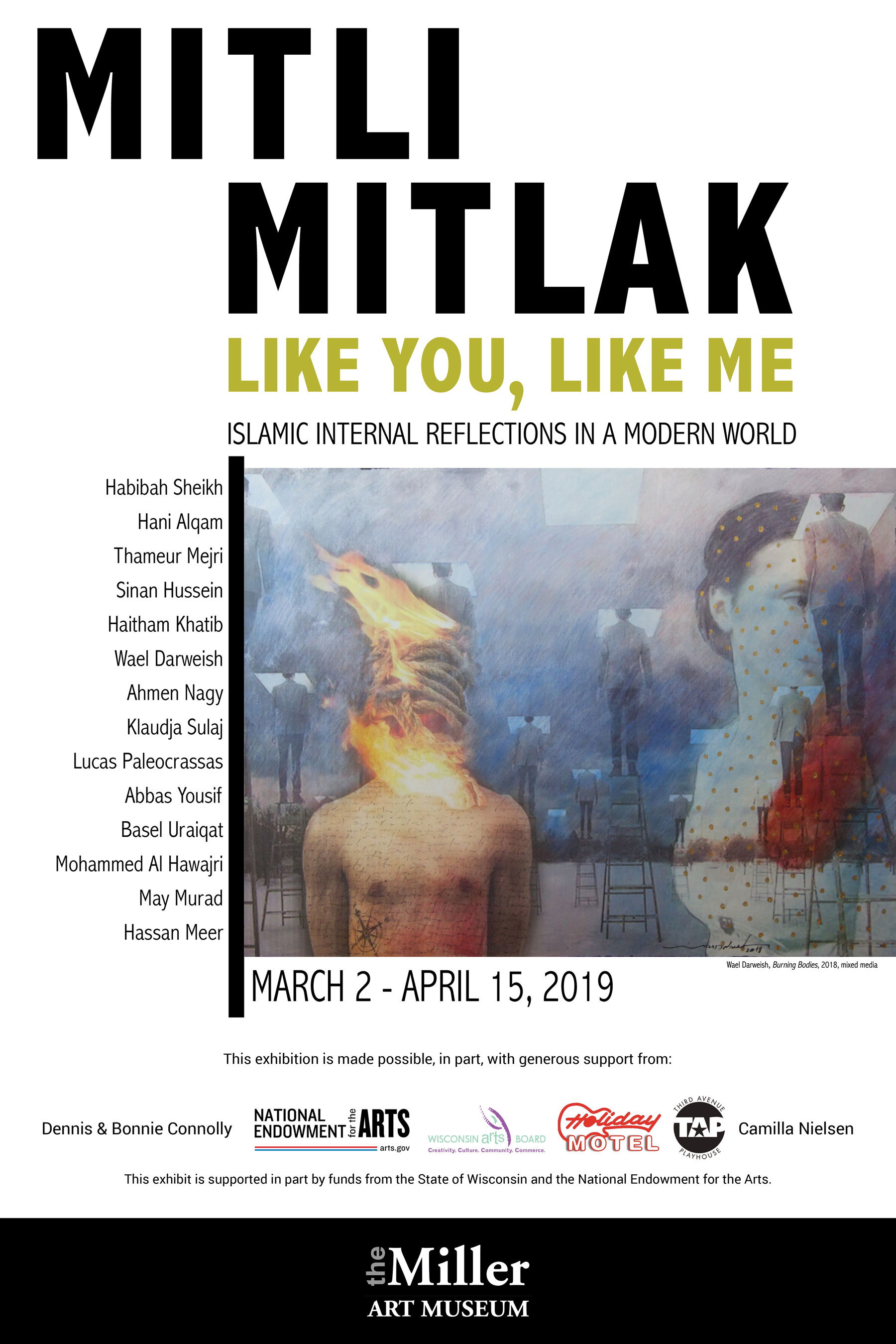 “I hope visitors to the museum are excited about these wonderful pieces, and learn more about global interchange and refugee stories directly from the artists who have been affected by these phenomena.”

The theater production accompanying this exhibition is directed by Habibah Sheikh, and is entitled “Right to Live.” The collaborative effort with Third Avenue Plahouse also focuses on narratives of travel and displacement from refugees, giving the most prominence to refugee youths who Sheikh has encountered during the work she has done with refugee populations in countries around the globe. Performances include local youths and people of all ages, who have worked with Sheikh to learn shadow puppetry techniques, flamenco dance, and vocal techniques in order to tell these stories.

'Mitli Mitlak (Like You, Like Me)' will be on view in the main gallery of the Miller Art Museum through Monday, April 15, 2019.