(Sturgeon Bay, WI)—April 3, 2019— The Miller Art Museum is pleased to present a free film screening as part of its Second Thursday Educational Program Series on Thursday, April 11 at 5:45pm. The film, titled “Where Do We Go Now,” is a Lebanese dramatic comedy from 2011 that chronicles a story of women trying to defuse the tensions between Muslims and Christians in their small Lebanese village. It is presented in conjunction with the Museum’s current exhibition, Mitli Mitlak (Like You, Like Me), which opened on March 2, 2019. 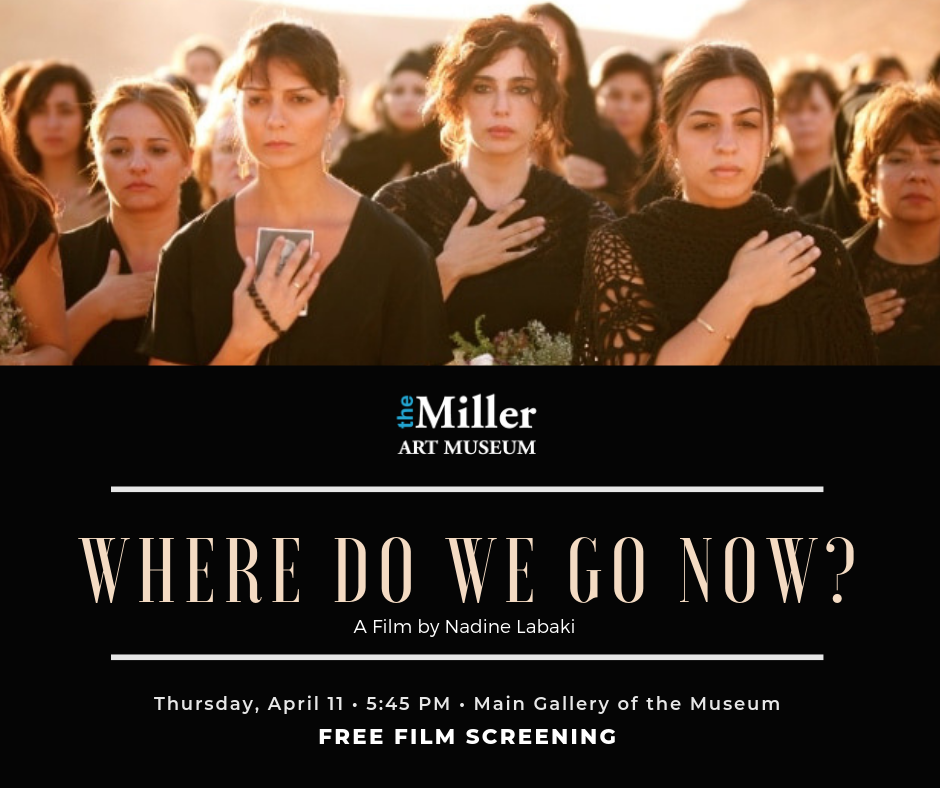 “Where Do We Go Now” is set in a remote village in Lebanon, inhabited by both Muslims and Christians, and follows the inhabitants of the village as civil strife begins all around them. The women of the village engage in an elaborate plot to de-escalate the violence and protect their community. Directed by Nadine Labaki, “Where Do We Go Now” won the Toronto International Film Festival’s People’s Choice Award in 2011. Additionally, the film premiered during the 2011 Cannes Film Festival as part of Un Certain Regard and was selected to represent Lebanon for the 84th Academy Awards, but it did not make the final shortlist.

Mitli Mitlak (Like You, Like Me) features the work of visual artists from the Middle East, North Africa, and of Arabic descent. The contemporary works include painting, photography, and drawing, all working in a narrative frame to tell stories of refuge, displacement, war, and contemporary visual culture. Many of the artists whose work is featured in the exhibition are residents of occupied areas or refugee camps.

“Where Do We Go Now” will be presented in the main gallery of the Miller Art Museum at 5:45pm on Thursday, April 11, 2019. The film screening is free and open to the public.